Adidas needed a dedicated mobile destination to cover all things football. This experience needed to support seasonal campaigns and build long-term engagement with ‘football creators’. In just three weeks we ideated, designed and developed a native iOS proof of concept. 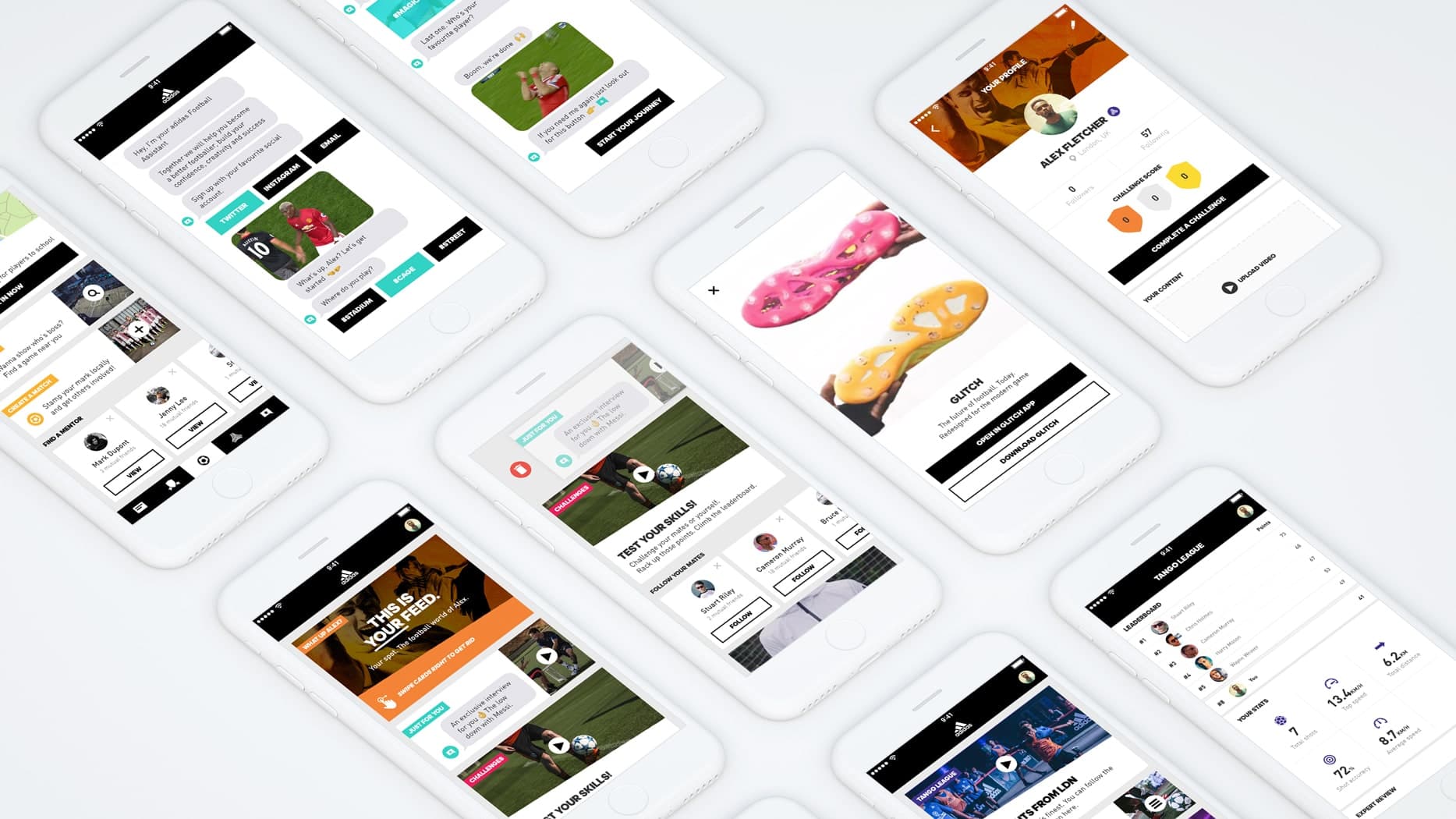 For this project we were working across two offices. A small team in London and Manchester. We had a short timeline — just three weeks to turn around a proof of concept. So it was crucial we had strong processes between the two teams.

We kicked off the project as a whole team and discussed how to approach the work. We found a balance between whole team sessions and smaller team sessions worked well for us. Which meant we were in sync with the other team — but also had clear blocks of time to make progress.

The target customer was what adidas calls the football creator. They are the top of the pyramid and have a high influence over their peers. We built a concept around the idea of growth for creators. A hub to support their football dreams and resources to equip them for life.

We broke the app experience down into four key stages. The onboarding, your feed, challenges & meetups, and Tango League — which is a global football tournament from adidas. I led the design for the feed and the Tango League section. Whilst a designer in Manchester tackled the onboarding and the challenges section. We worked with a remote iOS engineer to build a working prototype. The idea was to demonstrate the core flows for each of the four stages we defined. 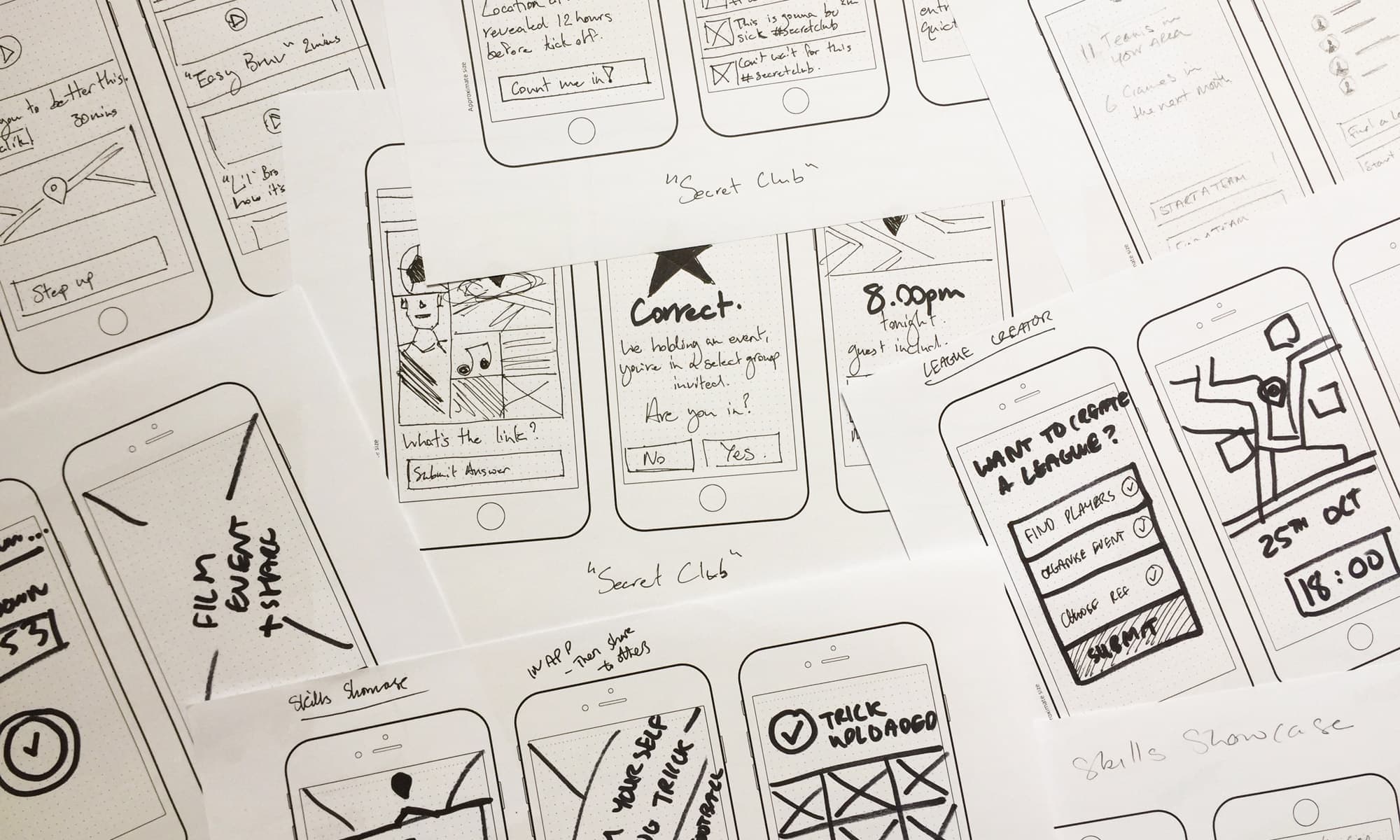 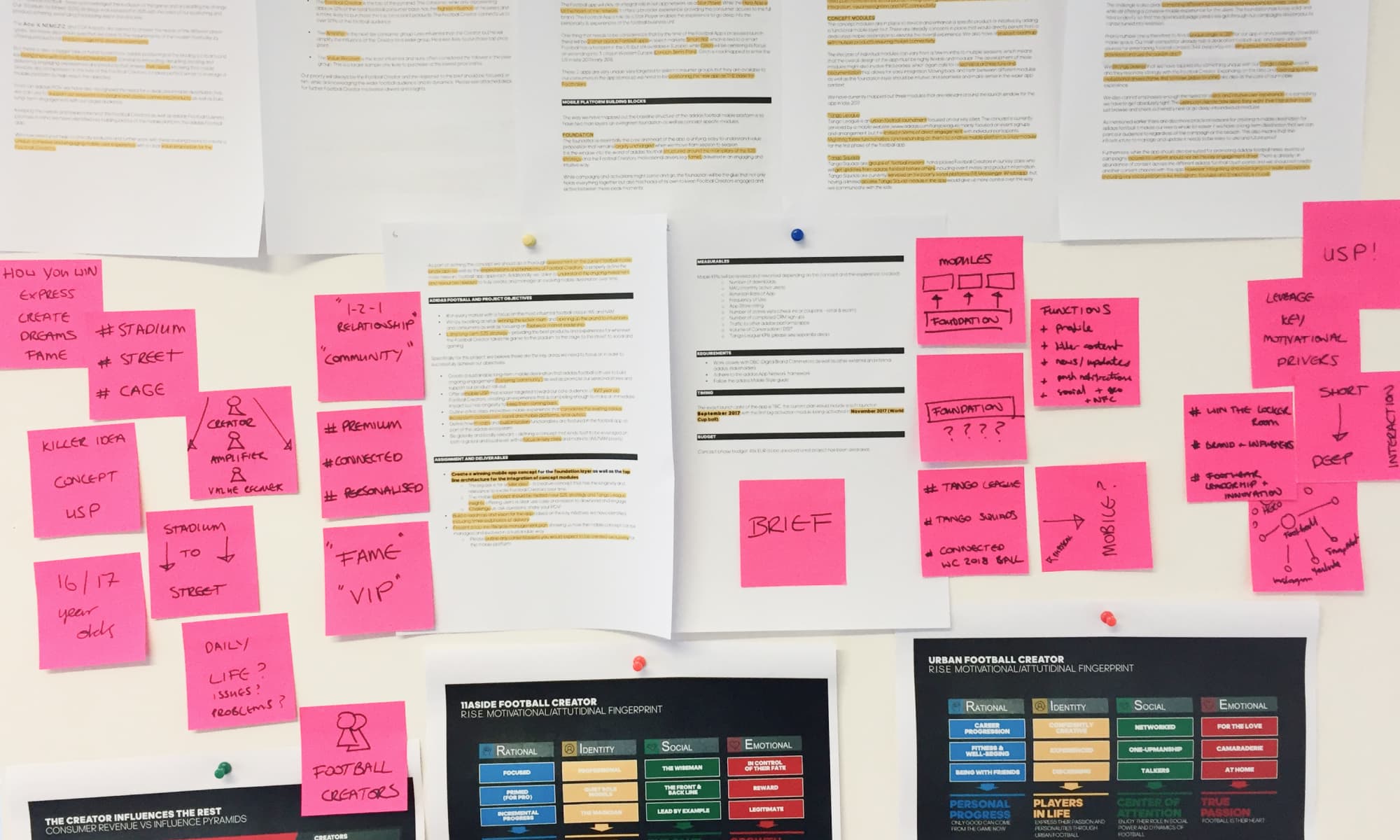 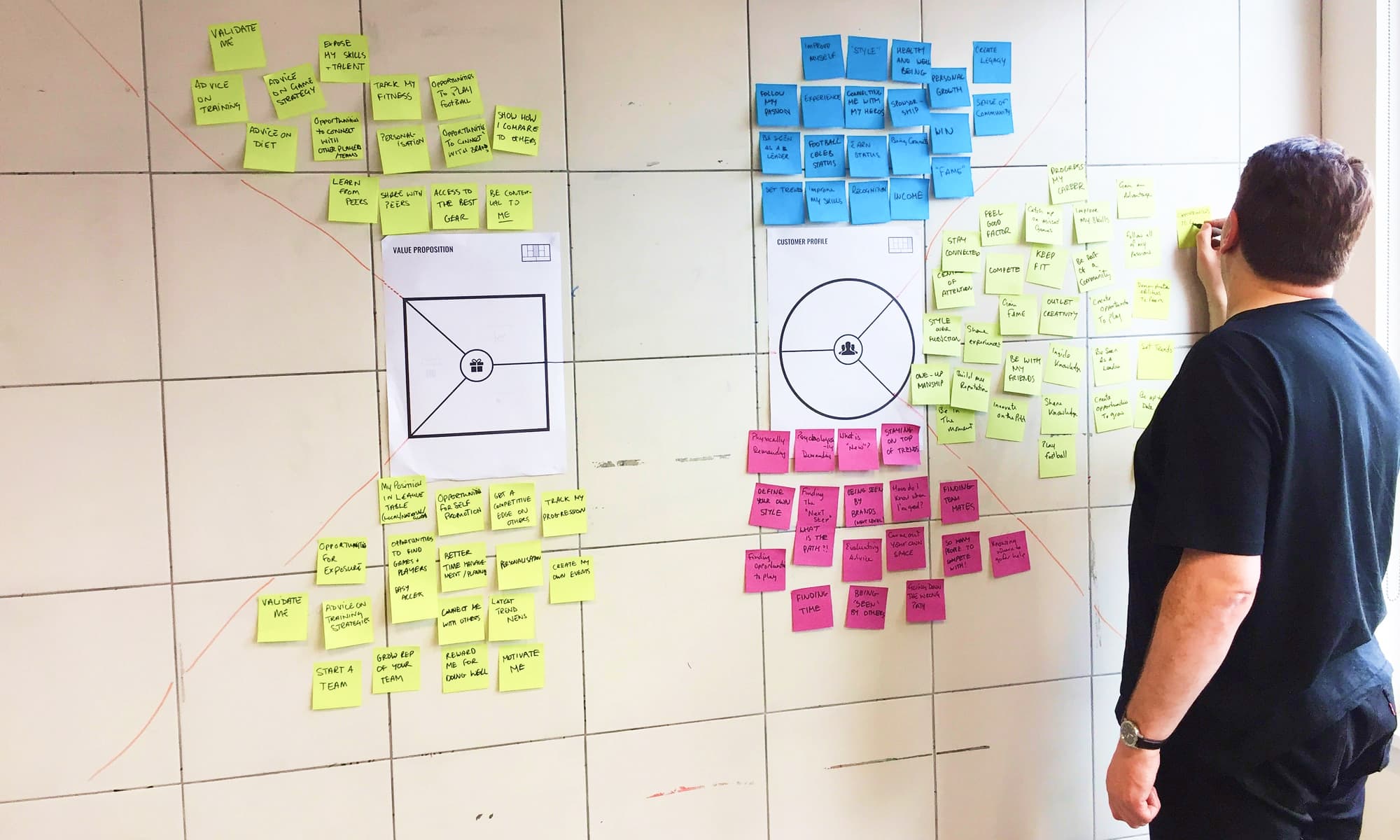 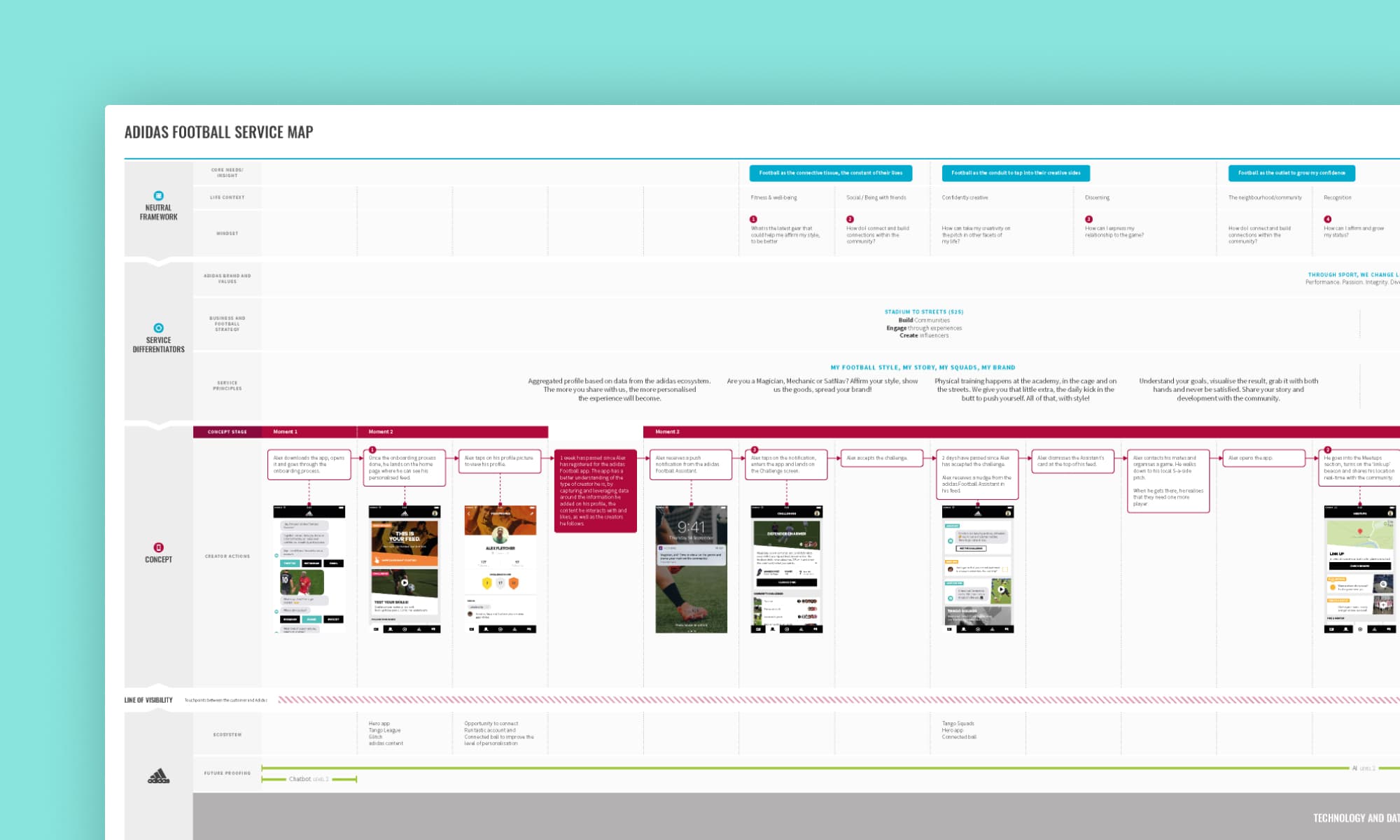 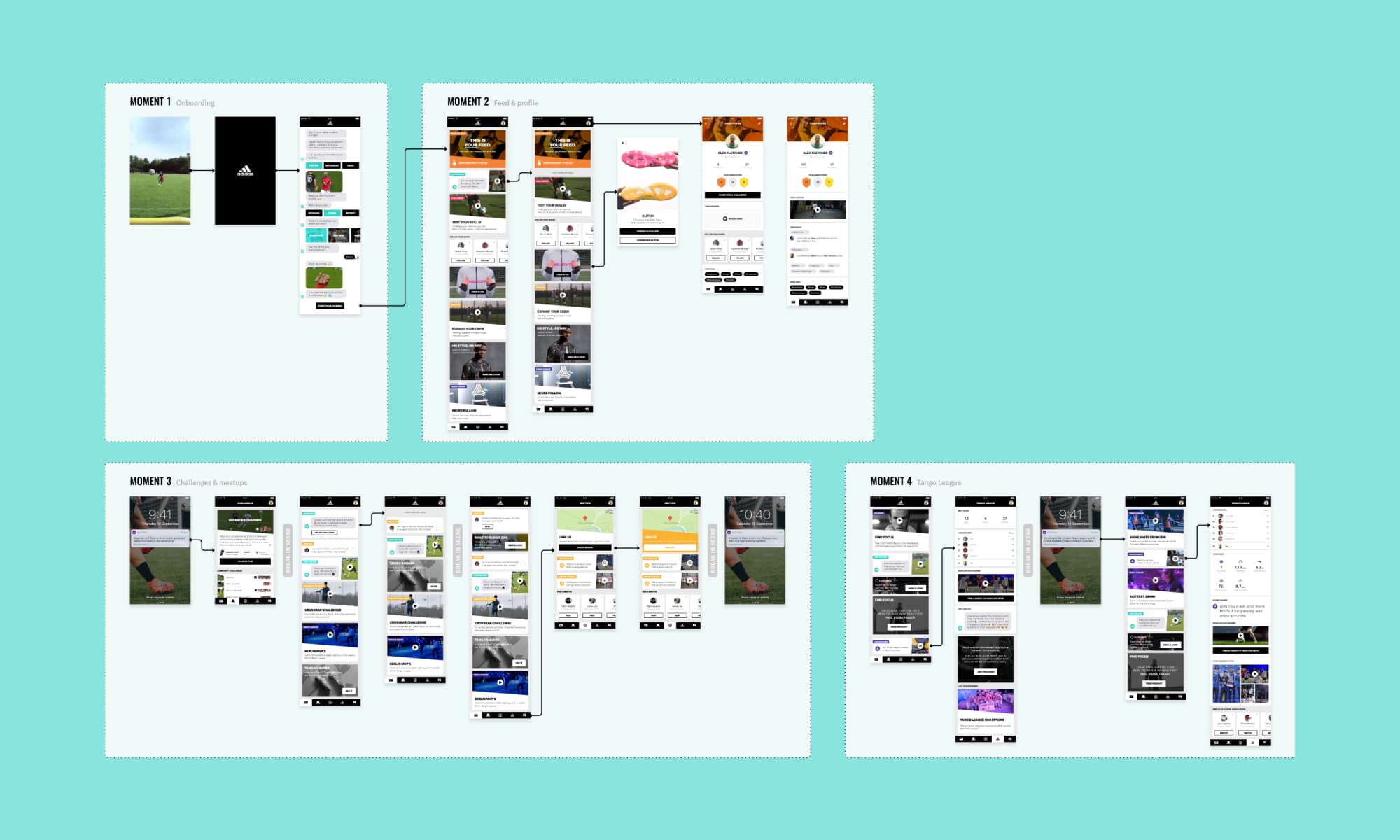 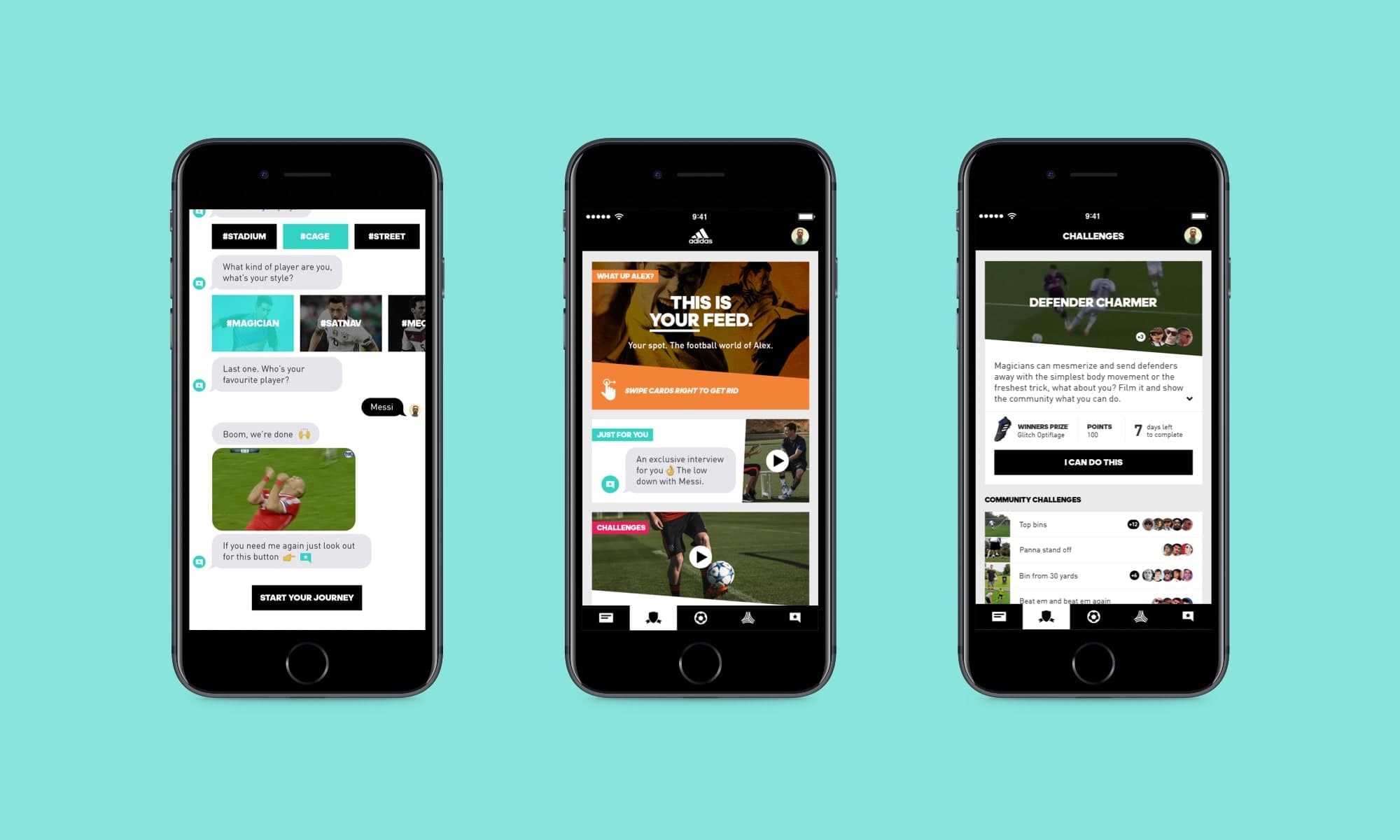 After three weeks the outcome was a polished and functioning native mobile app. The prototype demonstrated the core thinking of our concept. In the end we didn't win the piece of work. Still, there was a lot of learnings to be taken from the work. Like how to run effective collaborative processes across multiple offices and delving deeper into native app design.

I’m Bryn — a product designer based in Copenhagen